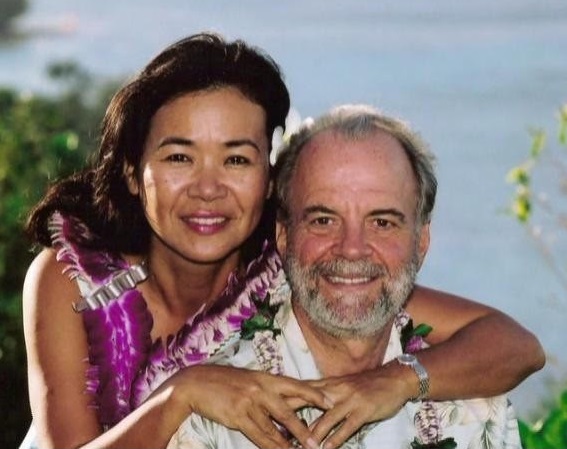 Herb Scheidel was a successful businessman and founder of the Scheidel Foundation. A longtime friend described Herb as “a force.” As his friend explained, Herb defied all odds to shape his life, his career, and later his journey with metastatic kidney cancer. Facing low odds of survival beyond a year or two, he took charge of his own treatment. He developed an integrative approach and lived nine active and joyful years. This healing journey not only gave Herb more time with his family and friends but also gave Herb the opportunity to heal and grow as he worked on the physical, emotional and spiritual levels of his healing.

Below are five core themes to Herb’s healing journey:

1. Herb had a strong will to live and a disciplined, take-charge approach

Herb took charge of his cancer. He read voraciously. Inspired by the book Recalled by Life by Anthony Sattilaro, MD, which describes how Dr. Sattilaro recovered from cancer with a macrobiotic diet, Herb went on a macrobiotic diet soon after his diagnosis. He also incorporated many additional healing modalities including a daily guided imagery and qigong practice. He took nutritional and herbal supplements and went to many different practitioners to support his healing. He was fighting for his life.

Herb's beloved wife, Miyuki, was his principle support. Miyuki provided deep intuitive guidance on all aspects of his care and supported him for years with his macrobiotic diet as well as with all other treatment decisions.

3. Herb wasn’t afraid to refuse recommendations from doctors if they did not align with his instincts or his goal to maintain a high quality of life

Herb and his wife Miyuki were aligned in their goal that no extraordinary measures should be taken that would reduce the quality of Herb’s life without a correspondingly high likelihood of success. Herb wanted to live as long as he could, but he wanted to live it well. He was fortunate that he did not feel pain with his cancer. Herb accepted the guidance from his doctor to remove one kidney, but refused the recommendation to remove most of his other because of the resulting high likelihood of lifelong dialysis treatments. He also declined his doctor’s urgings to take the treatment interleuken 2, which would have led to many excruciating side effects, and, at the time, had a higher chance of killing rather than curing him.

Near the end of his life, as a tumor in his lung grew and caused him to cough blood, the doctors recommended surgery to remove the lung. He and his wife agreed that, in his state, he either would not survive the surgery or he would spend the remainder of his days in pain. They decided against the treatment and, though he died a month later, he did so peacefully and largely pain-free.

4. He chose a path, stuck to it with discipline for as long as it made sense, and adjusted as needed

After four years on the macrobiotic diet, Herb and his wife knew that it had extended his life, but a change was needed. He was desperately thin, his skin was yellow, he was often cold, and the stringency of the diet didn’t bring either of them joy. A friend recommended a doctor to them who put him on a new diet, while working to boost his immune system with IV supplements. This brought great joy and vigor back to his life. He gained weight, felt wonderful, and as a result, he lived vibrantly for five  more years. In the meantime, he never stopped searching for and trying new approaches. Although he never found a cure for his disease, the various approaches he took to boost his immune system and fight his cancer resulted in only minor growth in the tumors over the years.

The physical healing was critical. But it was the inner work that was transformative for him and for all of the lives he touched.

5. He sensed the need for more than physical healing and also focused on inner healing

The physical healing was critical. But it was the inner work that was transformative for him and for all of the lives he touched. Facing death brought a new sense of awareness and introspection to his life. Soon after diagnosis, when a friend introduced him to the Course in Miracles, he started the daily lessons right away, leading to a deep inner transformation.

As a high-level business executive at the time of diagnosis, work and power were the central tenets to Herb’s life. As the inner healing work started to take hold, he began to soften. He sought forgiveness and repaired, transformed and deepened existing relationships. He also developed new meaningful relationships through an expansion of work in service to others. The effort to transform his inner life allowed Herb to be at peace when his time came to cross over. And it allowed those who knew and love him to experience the same.

As his beloved wife says, “Herb completed his life”.

Enter your comments or questions below.